Active Setup is not Supported for Custom Use! Active Setup entries lost during Windows 10 Inplace upgrade!

We all know, that sometimes applications need user settings in the Current User Registry or File Changes in the User Profile. Therefore, two main Technologies could be used:

Most of the Package Engineers I know use Active Setup, when the package was not MSI based or some special things had to be executed. The solution was really cool and helped a lot. This functionality is also built-in in famous package wrapping utilities like the PSAppDeployToolkit. Now the main Issue is, that Active Setup entries are not migrated during an Inplace Upgrade of Windows 10. 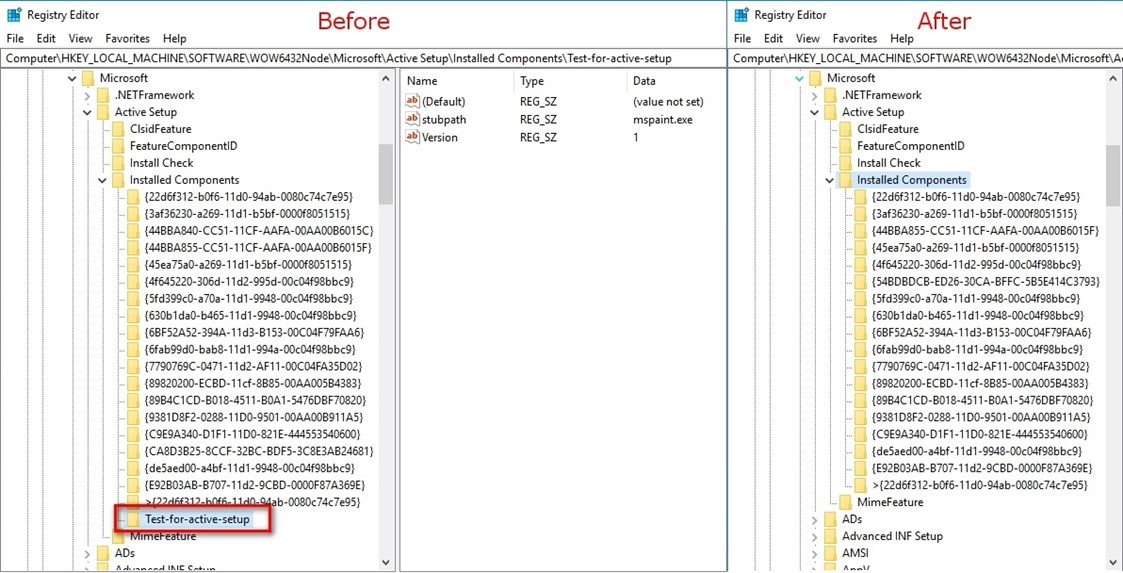 What are the issues?

If a new user is signing on to a pc which is migrated, then affected applications will not work correctly. This is a big problem if a lot of users are signing on to multiple computers. It is the same issue if you delete the user profile, because it was corrupt. Then you will also loose the configuration of the applications which should be generated trough Active Setup. So, if your users are using multiple computers or you delete the user profiles from time to time, then you need the solution from this blog.

This led to one question, why is it not migrated? And I found an answer which I never Imagined: Active Setup is not a public available functionality and is not supported for use by other components than the operating system. This was already written in 2011, but was not that important, because in-place updates where not required that often.

It must be pointed out that the “Active Setup” mechanism has never been publicly documented and Microsoft will not necessarily support any use of Active Setup by any component that doesn’t ship within the Windows product.  There are lots of undocumented mechanisms.  In general, people representing Microsoft should not recommend their use — at least not without plenty of caveats.  My $0.02.
Aaron Margosis
Source: https://blogs.msdn.microsoft.com/aruns_blog/2011/06/20/active-setup-registry-key-what-it-is-and-how-to-create-in-the-package-using-admin-studio-install-shield/

First of all, you have to check if you are affected by this issue. The easiest way is to setup a clean Windows 10 machine and compare the following two registry key locations with production devices in your company:

If you have differences, then you have packages, which are using Active Setup and you should plan a remediation for it.

I created some tools which help to detect if you are affected. These scripts are able to detect the issue, when you are running Windows 10 1703 or 1709, the other versions are not yet tested:

So how can we solve this issue?

The very important thing is: Know that there is an issue and if you are affected!!! There are some ideas how to solve that:

Create our own implementation of Active Setup – Active User Setup

The solution is already available for our WimAsAService and Syntaro Customers. The solution is available as source code on GitHub, if you prefer to get a compiled version inclusive an MSI, then you can request this on our Homepage.

Our solution has the following features:

To have the solution available in your custom wim’s from our Image factory, just add the package GLOBAL_baseVISION_ActiveUserSetup_1.0.2_001_P_EN_x99 to your Image Type.

You can request the MSI on the Syntaro Homepage or you can create your own MSI file from the SourceCode on GitHub.

To register an executable, you have to create a registry with the following structure:

For further Information, you find the latest documentation in our Wiki.

In Syntaro App Management, you can just download the actual Base Script from Github, which will provide a simple functions to use the solution in your packages:

A lot of package engineers are not aware of this unsupported feature, which they regularly used and, in the past, properly functioned. because they never did inplace upgrades of the operating systems. I hope this post gives some awareness and helps companies to save some money.

This post was a great Teamwork, Credits to Jürg Koller, Pascal Berger and Samantha Howlett which all helped to analyze this topic.

Principal Workplace Consultant | MVP at baseVISION AG
I’m a consultant, trainer and architect for modern workplace and enterprise mobility projects with Microsoft Technologies in the past eight years. I love to push and design the modern workplace based on Windows 10, EM&S and O365 for my customers which is the only answer for the current security threats, agile world and the fast-changing business requirements of my customers. Important for me is to simplify and automate the operational processes, because there are the highest costs.

as described in the blog post we have created “Active User Setup” an alternative that will survive the inplace upgrades.
you can find more information about it on our Wiki page:
https://wiki.syntaro.com/index.php?title=Active_User_Setup 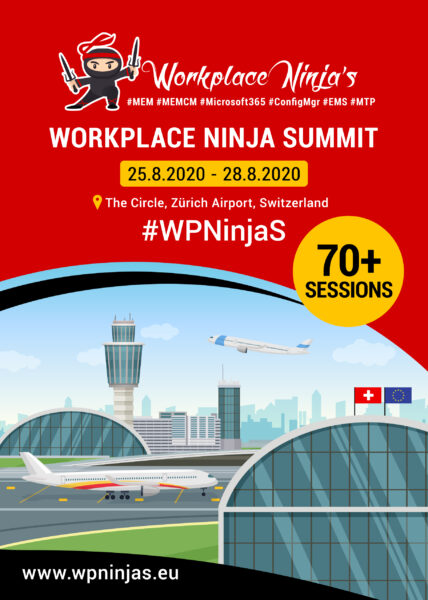