Home » Blogs » How to create an MSIX right now in the Insider Preview. A step by step Tutorial

How to create an MSIX right now in the Insider Preview. A step by step Tutorial

This Blogpost is a step by step guidance on how to crate and install an MSIX, with the current Windows 10 Insider Build. (Currently this is Build 17711)

To create/Snapshot a MSIX from an installer:

You need some things:

To Run /Install a MSIX trough double clicking it:

You just need the following:

But let’s take it slow and start one step after the other.

How to prepare your Machine

I would recommend that you use a VM for creating your MSIX files. I use Hyper-V on my Windows 10 for that.

Once you have installed your VM with Windows 10 1803, you need to install and setup the other needed components.

In theory the VM for creating the MSIX could be enrolled in the Insider Preview.

But I had a lot of troubles with this. The Problem is that base Images for the Desktop App Converter are not released in the same interval as the Insider Builds.

You need to install the Desktop App Converter from the Store

Now you need to get a base WIM against which you will later install your
application.

This is needed since the Desktop App Converter uses Container technologies for snapshotting the Apps you want to convert.

First you need to Setup you DAC (Desktop App Converter)

When you have finished the setting up part, then you are now ready for creating an MSIX.

I decided to use FileZilla Client as the software I want to deploy with MSIX. For those of you that don’t know it, it’s a free FTP Client.

We cannot convert a Setup while clicking trough it’s GUI for now, so we need a way to silently install it without user interaction.

I first had to find out how to install FileZilla silently. This can be done like that “FileZilla_3.34.0_win64-setup_bundled.exe /user=all /S”

So, I created a little batch. (Yes, I know that is not fancy and cool, but it does the job and is written in no time)

The batch needs to be stored in the same folder as the FileZilla exe.

First, I have then tested that batch on the VM (Remember that I told you to make a VM Snapshot after setting everything up).

Microsoft said that in the final version of MSIX you could decide and configure on your clients if your packages need to be signed or not.

For now, this is not the case and you need to sing them.

You can use the following PowerShell code to generate and export a self-singed certificate and adjust it to your scenario.

Now copy that certificate away since you may need it later.

If you are still reading, I promise creating your first MSIX has never been closer. So, hang on, we are almost done.

Now it’s time to test the MSIX. for that you need a System with at least Insider Build 17698 (Or 17692 if you only want to install trough PowerShell and not by double clicking)

Before you can install an MSIX you need to enable sideloading. This is also something that I assume will change in a final version.

When you signed your MSIX with a self-signed Certificate you must perform the following steps.

If you have a valid code signing certificate you can skip this part.

So, you see creating an MSIX is at the moment not that easy.

When you have already one used the DAC to create an appx bevor, you have seen that the only difference is the file extension .msix. The rest of the steps are the same for an .appx.

I think right now we need to wait a bit longer and see what Microsoft is really releasing in the next Windows 10 Build.

I’m also eagerly awaiting MSIX support from the 3rd party packaging tool developers like Advanced Installer and others.
Those companies already made creating an appx a lot easier, then it is with Desktop App Converter solution.

I recommend you create your own MSIX for testing purpose but, really wait bevor starting mass conversion.

Hi Nona,
I fell honored that you took your time to look at the tutorial and comment on it.

Thank for this! I will have to give it a try. Any ideas on the conversion of .appv packages?

Right now, there is no official solution for that. Microsoft promised they will give us something to do that in the future. But I don’t expect that solution to be released this year.

Hi Pascal, Thank you for this detailed step by step. Will defenitly try this out!

You are very welcome. Pleas let me know if it works for you. 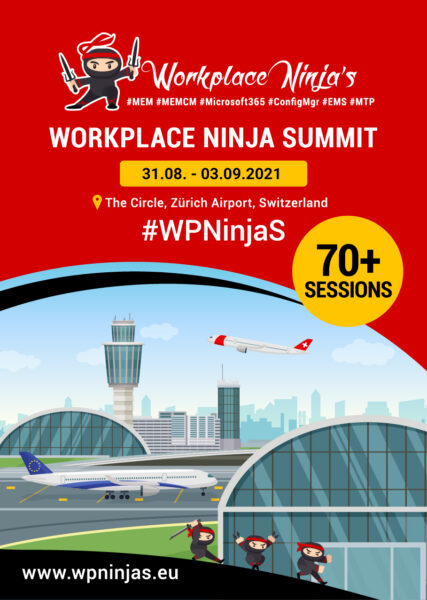